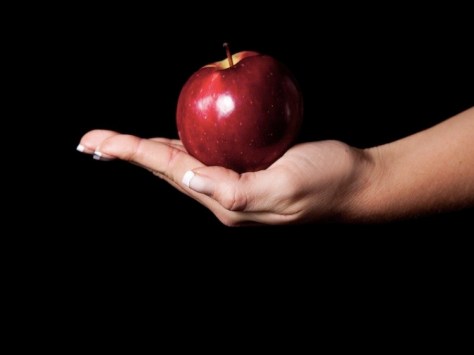 10 For I do not want you to be ignorant of the fact, brothers and sisters, that our ancestors were all under the cloud and that they all passed through the sea. 2 They were all baptised into Moses in the cloud and in the sea. 3 They all ate the same spiritual food 4 and drank the same spiritual drink; for they drank from the spiritual rock that accompanied them, and that rock was Christ. 5 Nevertheless, God was not pleased with most of them; their bodies were scattered in the wilderness.

11 These things happened to them as examples and were written down as warnings for us, on whom the culmination of the ages has come.12 So, if you think you are standing firm, be careful that you don’t fall!13 No temptation[c] has overtaken you except what is common to mankind. And God is faithful; he will not let you be tempted[d] beyond what you can bear. But when you are tempted,[e] he will also provide a way out so that you can endure it.

1 Yield not to temptation,
For yielding is sin;
Each vict’ry will help you,
Some other to win;
Fight valiantly onward,
Evil passions subdue;
Look ever to Jesus,
He will carry you through.

Refrain:
Ask the Saviour to help you,
Comfort, strengthen and keep you;
He is willing to aid you,
He will carry you through.

2 Shun evil companions,
Bad language disdain;
God’s name hold in rev’rence,
Nor take it in vain;
Be thoughtful and earnest,
Kindhearted and true;
Look ever to Jesus,
He will carry you through. [Refrain]

3 To him that o’ercometh,
God giveth a crown;
Through faith we will conquer,
Though often cast down;
He who is our Saviour,
Our strength will renew;
Look ever to Jesus,
He will carry you through. [Refrain]

A song of Testimony, and what a testimony we have in verse three. Tis true when we overcome sin we are rewarded by God and it is by faith we conquer that sin. Yes we as humans get knocked back from time to time, but it is through our strength and belief in God that as long as we look to Jesus he will carry us through

Quote of the Day: For Those who are Struggling

Trust God Through The Trial

God’s support through our lives