21From that time on Jesus began to explain to his disciples that he must go to Jerusalem and suffer many things at the hands of the elders, the chief priests and the teachers of the law, and that he must be killed and on the third day be raised to life.
22Peter took him aside and began to rebuke him. “Never, Lord!” he said. “This shall never happen to you!”
23Jesus turned and said to Peter, “Get behind me, Satan! You are a stumbling block to me; you do not have in mind the concerns of God, but merely human concerns.”
24Then Jesus said to his disciples, “Whoever wants to be my disciple must deny themselves and take up their cross and follow me.25For whoever wants to save their life26. will lose it, but whoever loses their life for me will find it.26What good will it be for someone to gain the whole world, yet forfeit their soul? Or what can anyone give in exchange for their soul?27For the Son of Man is going to come in his Father’s glory with his angels, and then he will reward each person according to what they have done.
28 “Truly I tell you, some who are standing here will not taste death before they see the Son of Man coming in his kingdom.”

General’s Gowans and Larsson  wrote many a fine tunes for their musicals I’ll not turn back is one of my many favourite devotional songs my wife also chose it when she became a member of our Church The focus of the song being on the Chorus,

I’ll not turn back, whatever it may cost, 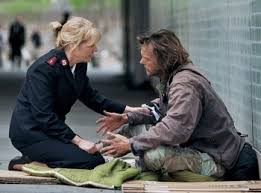 In the second verse we are reminded that when one door closes another will open and tells us how the word of God will never be contained, we are told that narrow minds and prison bars will not frustrate his love.

The final verse speaks for itself as it it talks about suffering  just because we want bear our masters name.

Story behind Silently now I wait for thee,