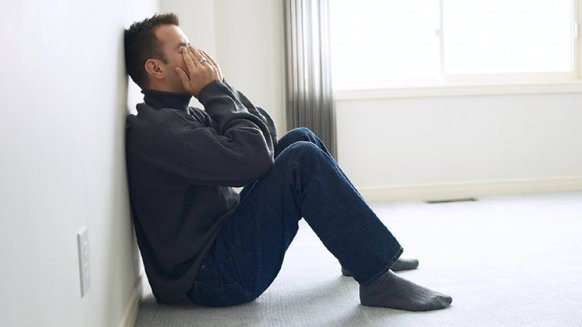 15 The eyes of the Lord are on the righteous,
and his ears are attentive to their cry;
16 but the face of the Lord is against those who do evil,
to blot out their name from the earth.

17 The righteous cry out, and the Lord hears them;
he delivers them from all their troubles.
18 The Lord is close to the brokenhearted
and saves those who are crushed in spirit.

19 The righteous person may have many troubles,
but the Lord delivers him from them all;
20 he protects all his bones,
not one of them will be broken. 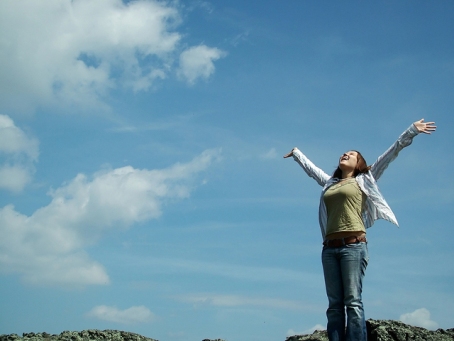 Made Alive in Christ

2 As for you, you were dead in your transgressions and sins, 2 in which you used to live when you followed the ways of this world and of the ruler of the kingdom of the air, the spirit who is now at work in those who are disobedient. 3 All of us also lived among them at one time,gratifying the cravings of our flesh[a] and following its desires and thoughts. Like the rest, we were by nature deserving of wrath. 4 But because of his great love for us, God, who is rich in mercy, 5 made us alive with Christ even when we were dead in transgressions—it is by grace you have been saved. 6 And God raised us up with Christ and seated us with him in the heavenly realms in Christ Jesus, 7 in order that in the coming ages he might show the incomparable riches of his grace,expressed in his kindness to us in Christ Jesus. 8 For it is by grace you have been saved, through faith—and this is not from yourselves, it is the gift of God— 9 not by works, so that no one can boast. 10 For we are God’s handiwork, created in Christ Jesus to do good works, which God prepared in advance for us to do.

Romans 8 (NIVUK)
Life through the Spirit

9 You, however, are not in the realm of the flesh but are in the realm of the Spirit, if indeed the Spirit of God lives in you. And if anyone does not have the Spirit of Christ, they do not belong to Christ. 10 But if Christ is in you, then even though your body is subject to death because of sin, the Spirit gives life[d] because of righteousness. 11 And if the Spirit of him who raised Jesus from the dead is living in you, he who raised Christ from the dead will also give life to your mortal bodies because of[e] his Spirit who lives in you.
12 Therefore, brothers and sisters, we have an obligation – but it is not to the flesh, to live according to it. 13 For if you live according to the flesh, you will die; but if by the Spirit you put to death the misdeeds of the body, you will live.
14 For those who are led by the Spirit of God are the children of God. 15 The Spirit you received does not make you slaves, so that you live in fear again; rather, the Spirit you received brought about your adoption to sonship.[f] And by him we cry, ‘Abba,[g] Father.’ 16 The Spirit himself testifies with our spirit that we are God’s children. 17 Now if we are children, then we are heirs – heirs of God and co-heirs with Christ, if indeed we share in his sufferings in order that we may also share in his glory.

The Good News About Jesus Christ

15 Now, brothers and sisters, I want you to remember the Good News I told you. You received that Good News message, and you continue to base your life on it. 2 That Good News, the message you heard from me, is God’s way to save you. But you must continue believing it. If you don’t, you believed for nothing.

3 I gave you the message that I received. I told you the most important truths: that Christ died for our sins, as the Scriptures say; 4 that he was buried and was raised to life on the third day, as the Scriptures say;5 and that he appeared to Peter and then to the twelve apostles. 6 After that Christ appeared to more than 500 other believers at the same time. Most of them are still living today, but some have died. 7 Then he appeared to James and later to all the apostles. 8 Last of all, he appeared to me. I was different, like a baby born before the normal time. 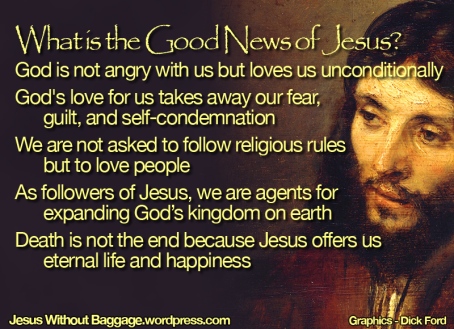 9 All the other apostles are greater than I am. I say this because I persecuted the church of God. That is why I am not even good enough to be called an apostle. 10 But, because of God’s grace, that is what I am. And his grace that he gave me was not wasted. I worked harder than all the other apostles. (But I was not really the one working. It was God’s grace that was with me.) 11 So then it is not important if I told you God’s message or if it was the other apostles who told you—we all tell people the same message, and this is what you believed.

As Christians we are called by God to spread the Good News when ever we get the chance whether it be to a friend, a neighbour, or even with someone in need. Mark 16; 15-16 says “And He said to them, “Go into all the world and preach the gospel to all creation. “He who has believed and has been baptised shall be saved; but he who has disbelieved shall be condemned.”

Therefore there is only one way of entering the gates of heaven and that is by believing in the Lord Jesus Christ.

Being renewed day by day