Although this passage of scripture indicates that Jesus is talking to children, the passage really refers to us all. We must keep listening because it is only by listening we become wise and are blessed

1Children, obey your parents in the LORD, for this is right. 2″Honor your father and mother”-which is the first commandment with a promise- 3″so that it may go well with you and that you may enjoy long life on the earth.” 4Fathers, do not exasperate your children; instead, bring them up in the training and instruction of the LORD.

14Jesus said, “Let the little children come to me, and do not hinder them, for the kingdom of heaven belongs to such as these.” 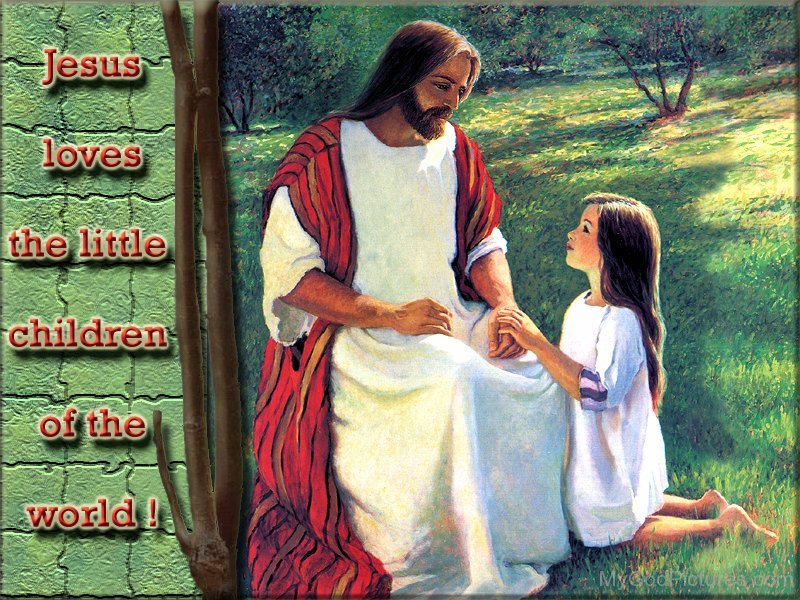 Many moons ago ( I say many moons as I am 60) having being brought up in The Salvation Army I decided to get saved on what is known in the Army as commitment Sunday at the very young age of 7yrs and I have committed my life to Christ ever since.

I have had my up and down’s in my Christian life since then but who doesn’t? The main thing is I have kept my faith and still attend The Salvation Army as my church.  In fact with the various things that have happened in my life health wise or other, if anything it has been my faith that has kept me going.

The Little Children and Jesus

13 Then people brought little children to Jesus for him to place his hands on them and pray for them. But the disciples rebuked them.

14 Jesus said, “Let the little children come to me, and do not hinder them, for the kingdom of heaven belongs to such as these.” 15 When he had placed his hands on them, he went on from there.

Having attended Sunday school many moons ago the above chorus  was a well known and very popular chorus in those days. I hate to say this but I think its sad to think we can’t sing such a chorus in today’s society because of the third line.

The Little Children and Jesus

13 People were bringing little children to Jesus for him to place his hands on them, but the disciples rebuked them. 14 When Jesus saw this, he was indignant. He said to them, “Let the little children come to me, and do not hinder them, for the kingdom of God belongs to such as these. 15 Truly I tell you, anyone who will not receive the kingdom of God like a little child will never enter it.” 16 And he took the children in his arms, placed his hands on them and blessed them.

The Story Behind Jesus Loves Me

“Jesus Loves Me” is one of the most popular Christian hymns around the world, especially among children. The hymn was first written by Anna B. Warner as a poem. Anna’s sister Susan requested a poem for a dying child and Anna wrote the wonderful words of Jesus Loves Me to bring comfort and peace.

Anna’s poem appeared in a novel, Say and Seal, and was composed by William Bradbury in 1862.

“Jesus Loves Me” with its simple, direct message, is one of the first hymns missionaries teach to new converts. It was the favourite hymn of Francis Schaeffer, who recognised that ultimately what intellectuals and children alike need is the simple message of Jesus. Amy Carmichael, the Irish missionary to India, was converted after hearing this hymn at a children’s mission in Yorkshire, England.

Listen to your Brother

ReBlog – Being true to the Lord

It’s The Eye Of The Tiger In The Chinese New Year on Tuesday, February 1, 2022 — Classroom Mothership Earth

Being renewed day by day