Be Holy
13 Therefore, with minds that are alert and fully sober, set your hope on the grace to be brought to you when Jesus Christ is revealed at his coming. 14 As obedient children, do not conform to the evil desires you had when you lived in ignorance. 15 But just as he who called you is holy, so be holy in all you do; 16 for it is written: “Be holy, because I am holy.”

Take time to be holy

Take time to be holy, speak oft with thy Lord;
Abide in him always, and feed on his word;
Make friends of God’s children; help those who are weak;
Forgetting in nothing his blessing to seek.

Take time to be holy, the world rushes on;
Spend much time in secret with Jesus alone;
By looking to Jesus, like him thou shalt be;
Thy friends in thy conduct his likeness shall see.

Take time to be holy, let him be thy guide,
And run not before him whatever betide;
In joy or in sorrow still follow thy Lord,
And, looking to Jesus, still trust in his word.

Take time to be holy, be calm in thy soul;
Each thought and each motive beneath his control;
Thus led by his Spirit to fountains of love,
Thou soon shalt be fitted for service above.

We all have to ‘Take time to be Holy’ and spend time with our Lord preferably when we get a quiet moment (which can rare for most of us these days).

We all have our own time and way of doing our devotions and personally I have found that when doing my blog is my time of devotion. 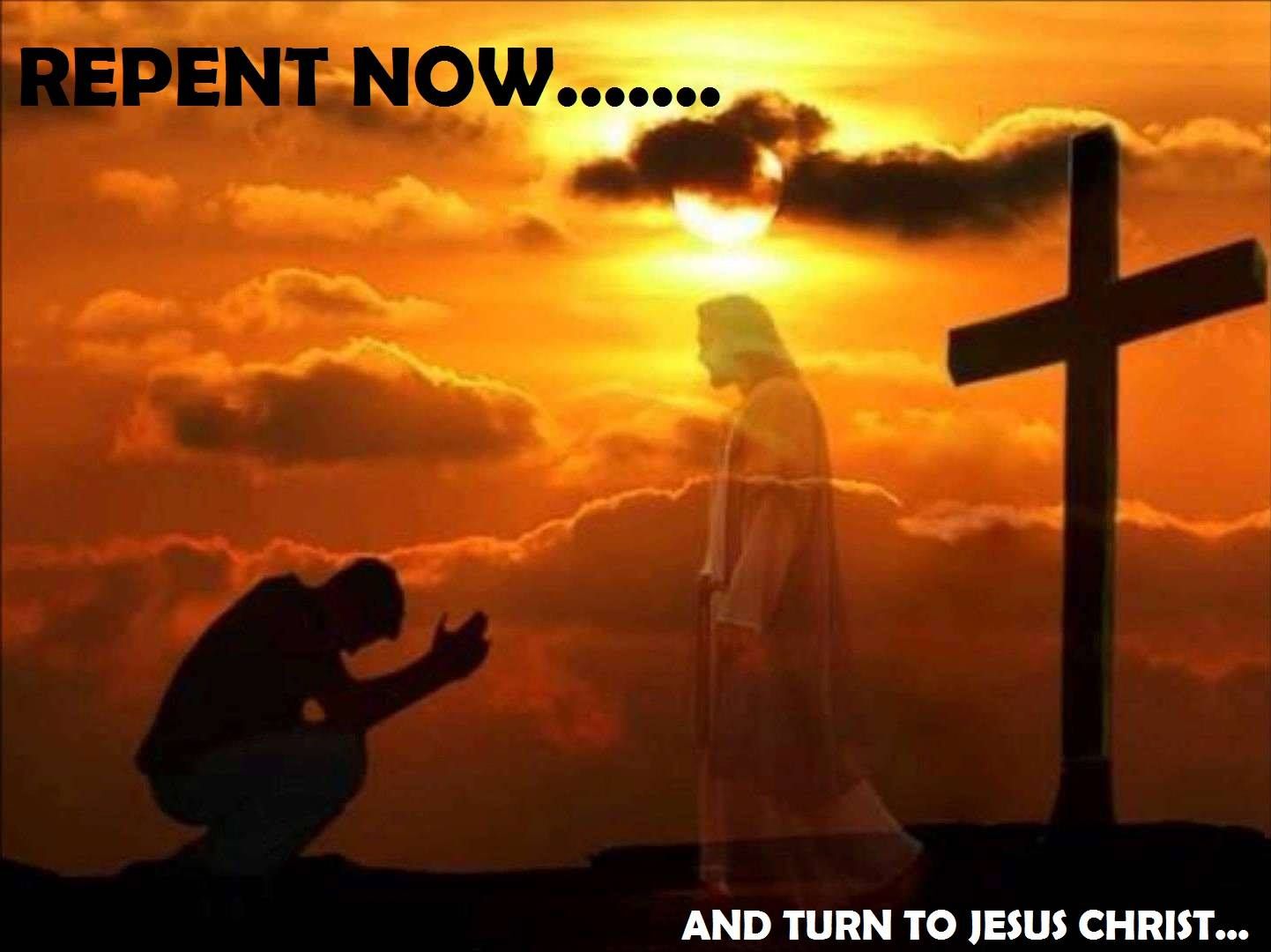 Let us run with patience the race that is set before us, looking to Jesus, the author and perfecter of faith” (Hebrews 12:1-2).

I think this is another one of these songs where the words speak for themselves, especially the chorus plus in verse one it tells us There’s a light for a look at the saviour And in verse three  we are told He will not fail you and as long  we believe him all is well

129 Your statutes are wonderful;
therefore I obey them.
130 The unfolding of your words gives light;
it gives understanding to the simple.

131 I open my mouth and pant,
longing for your commands.
132 Turn to me and have mercy on me,
as you always do to those who love your name.
133 Direct my footsteps according to your word;
let no sin rule over me.
134 Redeem me from human oppression,
that I may obey your precepts.
135 Make your face shine on your servant
and teach me your decrees.
136 Streams of tears flow from my eyes,
for your law is not obeyed.

2 My son, if you accept my words
and store up my commands within you,
2 turning your ear to wisdom
and applying your heart to understanding—
3 indeed, if you call out for insight
and cry aloud for understanding,
4 and if you look for it as for silver
and search for it as for hidden treasure,
5 then you will understand the fear of the Lord
and find the knowledge of God.
6 For the Lord gives wisdom;
from his mouth come knowledge and understanding.
7 He holds success in store for the upright,
he is a shield to those whose walk is blameless,
8 for he guards the course of the just
and protects the way of his faithful ones.

9 Then you will understand what is right and just
and fair—every good path.
10 For wisdom will enter your heart,
and knowledge will be pleasant to your soul.
11 Discretion will protect you,
and understanding will guard you.

6 Start children off on the way they should go,
and even when they are old they will not turn from it.

Being a Father and Grandfather I have tried as much as humanly possible to point my daughter (27) in the right direction and I think I’ve done alright so far. As for my Granddaughter I aim to do likewise as I did with my Daughter.

If we are God’s Children there is of course only one path to go Even when the going gets tough. There are a few video’s I could put to the above , for example ‘ The Pathway of Duty’, but because of the closing words in the proverb I have chosen ‘I’ll not turn back’.

And suddenly there appeared with the angel a multitude of the heavenly host praising God and saying, “Glory to God in the highest, And on earth peace among men with whom He is pleased.”

It doesn’t matter which version of scripture you choose to read, you’ll find the word peace used about 150 times. Sometimes it’s used to warn people who are about to lose their sense of peace, and other times it’s part of a standard blessing spoken over God’s people. It’s remarkable how many times the word is used to give a promise or as part of prophecy. Often the word is spoken as a reminder of the peace God gave in the past or given as a word of hope for the present as well as the future. During Advent this year, we’ll look at each of those uses of the word, and hopefully, by focusing on the One born to bring us true peace, we’ll have our most tranquil Christmas celebration ever!

Nowadays we read, hear and see on TV all sorts of evil taking place all over the world. Lets remind ourselves that this is a season of Peace and Joy.

[Chorus]
Hear the angel voices
Sing come let us adore Him
Peace has come, for our King is with us

[Chorus]
Hear the angel voices
Sing come let us adore Him
Peace has come, for our King is with us

15 He said: “Listen, King Jehoshaphat and all who live in Judah and Jerusalem! This is what the Lord says to you: ‘Do not be afraid or discouraged because of this vast army. For the battle is not yours, but God’s. 16 Tomorrow march down against them. They will be climbing up by the Pass of Ziz, and you will find them at the end of the gorge in the Desert of Jeruel. 17 You will not have to fight this battle. Take up your positions; stand firm and see the deliverance the Lord will give you, Judah and Jerusalem. Do not be afraid; do not be discouraged. Go out to face them tomorrow, and the Lord will be with you.’”

18 Jehoshaphat bowed down with his face to the ground, and all the people of Judah and Jerusalem fell down in worship before the Lord.19 Then some Levites from the Kohathites and Korahites stood up and praised the Lord, the God of Israel, with a very loud voice.

20 Early in the morning they left for the Desert of Tekoa. As they set out, Jehoshaphat stood and said, “Listen to me, Judah and people of Jerusalem! Have faith in the Lord your God and you will be upheld; have faith in his prophets and you will be successful.” 21 After consulting the people, Jehoshaphat appointed men to sing to the Lord and to praise him for the splendour of his[a] holiness as they went out at the head of the army, saying:

“Give thanks to the Lord,
for his love endures forever.”

22 As they began to sing and praise, the Lord set ambushes against the men of Ammon and Moab and Mount Seir who were invading Judah, and they were defeated.

I’ll go in the strength of the Lord
In paths He has marked for my feet;
I’ll follow the light of His word,
Nor shrink from the dangers I meet.
His presence my steps shall attend,
His fullness my wants shall supply;
On Him, till my journey shall end,
My unwavering faith shall rely.

I’ll go in the strength of the Lord
To work He appoints me to do;
In joy which his smile doth afford
My soul shall her vigour renew.
His wisdom shall guard me from harm,
His power my sufficiency prove;
I’ll trust His omnipotent arm,
And prove His unchangeable love.

I’ll go in the strength of the Lord
To conflicts which faith will require,
His grace as my shield and reward,
My courage and zeal shall inspire.
Since he gives the word of command,
To meet and encounter the foe,
With his sword of truth in my hand,
To suffer and triumph I’ll go.

21 From that time on Jesus began to explain to his disciples that he must go to Jerusalem and suffer many things at the hands of the elders, the chief priests and the teachers of the law, and that he must be killed and on the third day be raised to life.

22 Peter took him aside and began to rebuke him. “Never, Lord!” he said. “This shall never happen to you!”

23 Jesus turned and said to Peter, “Get behind me, Satan! You are a stumbling block to me; you do not have in mind the concerns of God, but merely human concerns.”

24 Then Jesus said to his disciples, “Whoever wants to be my disciple must deny themselves and take up their cross and follow me. 25 For whoever wants to save their life[f] will lose it, but whoever loses their life for me will find it. 26 What good will it be for someone to gain the whole world, yet forfeit their soul? Or what can anyone give in exchange for their soul? 27 For the Son of Man is going to come in his Father’s glory with his angels, and then he will reward each person according to what they have done.

28 “Truly I tell you, some who are standing here will not taste death before they see the Son of Man coming in his kingdom.”

The words and music of this song written by two former General’s of The Salvation Army mean so much to me that I find myself somehow returning to it quite a lot. Maybe it’s the fact that it’s a simple tune with such true and earnest words to it

24 Then Jesus said to his disciples, “Whoever wants to be my disciple must deny themselves and take up their cross and follow me. 25 For whoever wants to save their life[a] will lose it, but whoever loses their life for me will find it.

26 “His master replied, ‘You wicked, lazy servant! So you knew that I harvest where I have not sown and gather where I have not scattered seed? 27 Well then, you should have put my money on deposit with the bankers, so that when I returned I would have received it back with interest.

28 “‘So take the bag of gold from him and give it to the one who has ten bags. 29 For whoever has will be given more, and they will have an abundance. Whoever does not have, even what they have will be taken from them. 30 And throw that worthless servant outside, into the darkness, where there will be weeping and gnashing of teeth.’

Two Of My Favorite Frugal Finds —

Update on my medicine change…

Epilepsy and Melatonin – Yes? No? Or Maybe So?

Reblog – A Song of Consecration

Will this Pain Ever Go Away?