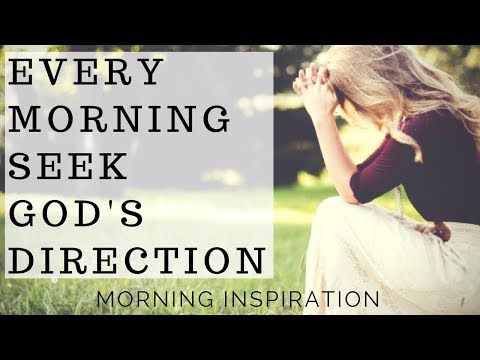 4 Show me your ways, Lord,
teach me your paths.
5 Guide me in your truth and teach me,
for you are God my Saviour,
and my hope is in you all day long.

I listened to this video last evening and all i’m going to say is it’s a video that speaks for itself. Please listen and enjoy

17 Now to the King eternal, immortal, invisible, the only God, be honour and glory for ever and ever. Amen.

Benjamin Russell Hanby was born July 22, 1833, the oldest of eight children, to Bishop William Hanby in Rushville, OH. The family moved to Westerville, OH where Bishop Hanby was a “conductor” on the Underground Railroad. In his short life Benjamin graduated from Otterbein, taught school, became a United Brethren minister, started a singing school, was editor for John Church publishers in Cincinnati and composed many songs and hymns before he died of tuberculosis March 15, 1867. His home in Westerville was Ohio’s first memorial to a composer. It was a stop on the Underground Railroad for slaves escaping to Canada and is a national historic site, a Methodist church Landmark and a Network to Freedom site for the National Park Service.

1 Who is he in yonder stall,
At whose feet the shepherds fall?

Refrain:
‘Tis the Lord! O wondrous story,
‘Tis the Lord, the King of Glory!
Ay his feel we humbly fall,
Crown him, crown him Lord of all!

2 Who is he in deep distress,
Fasting in the wilderness?

3 Who is he to whom they bring
All the sick and sorrowing?

s he on yonder tree
Dies in grief and agony?

5 Who is he who from the grave
Comes to succour, help and save?

6 Who is he who from his throne
Rules through all the worlds alone?

9 “Which of you, if your son asks for bread, will give him a stone? 10 Or if he asks for a fish, will give him a snake? 11 If you, then, though you are evil, know how to give good gifts to your children, how much more will your Father in heaven give good gifts to those who ask him! 12 So in everything, do to others what you would have them do to you, for this sums up the Law and the Prophets.

2 My son, if you accept my words
and store up my commands within you,
2 turning your ear to wisdom
and applying your heart to understanding—
3 indeed, if you call out for insight
and cry aloud for understanding,
4 and if you look for it as for silver
and search for it as for hidden treasure,
5 then you will understand the fear of the Lord
and find the knowledge of God.
6 For the Lord gives wisdom;
from his mouth come knowledge and understanding.
7 He holds success in store for the upright,
he is a shield to those whose walk is blameless,
8 for he guards the course of the just
and protects the way of his faithful ones.

9 Then you will understand what is right and just
and fair—every good path.
10 For wisdom will enter your heart,
and knowledge will be pleasant to your soul.
11 Discretion will protect you,
and understanding will guard you.

Joseph Accepts Jesus as His Son

18 This is how the birth of Jesus the Messiah came about[d]: His mother Mary was pledged to be married to Joseph, but before they came together, she was found to be pregnant through the Holy Spirit.19 Because Joseph her husband was faithful to the law, and yet[e] did not want to expose her to public disgrace, he had in mind to divorce her quietly.

20 But after he had considered this, an angel of the Lord appeared to him in a dream and said, “Joseph son of David, do not be afraid to take Mary home as your wife, because what is conceived in her is from the Holy Spirit. 21 She will give birth to a son, and you are to give him the name Jesus,[f] because he will save his people from their sins.”

22 All this took place to fulfill what the Lord had said through the prophet: 23 “The virgin will conceive and give birth to a son, and they will call him Immanuel”[g] (which means “God with us”).

24 When Joseph woke up, he did what the angel of the Lord had commanded him and took Mary home as his wife. 25 But he did not consummate their marriage until she gave birth to a son. And he gave him the name Jesus.

A while ago I was given a book of daily bible verses and the highlighted verse above is the one I read this morning. (Suppose I should of kept it for Christmas really).

I stumbled across this video a few days ago and was really taken in by it so i thought I’d share it with you.

In it we are advised a number of things ‘not to worry about tomorrow for tomorrow will worry about itself’, We’re told what you or I can’t do God can! We also have to believe that God works miracles. We also need to rely on God  for direction in life .

God doesn’t want you to live life on your own. Take time to acknowledge God each morning and include Him in your daily lives. We must lean on God every day and let Him fill our weaknesses with his power. No matter what you can’t do, God can do.

But Peter put them all outside, and knelt down and prayed; and turning to the body he said, “Tabitha, arise.” And she opened her eyes, and when she saw Peter she sat up.

Praying hands (German: Betende Hände), also known as Study of the Hands of an Apostle (Studie zu den Händen eines Apostels), is a pen-and-ink drawing by the German printmaker, painter and theorist Albrecht Dürer. The work is today stored at the Albertina museum in Vienna, Austria. Dürer created the drawing using the technique of white heightening and black ink on (self-made) blue colored paper. The drawing shows a close up of two male hands clasped together praying. Also, the partly rolled up sleeves are seen.

The drawing is a sketch (study) for hands of an apostles who was planned to occupy the central panel of the triptych in installed in Frankfurt titled the Heller Altarpiece, which was later destroyed by a fire in 1729.[1] The sketched hands appear on the triptych on the right side of the central panel, and although the detail appears very similar, it is smaller in size in the triptych.

The drawing also once contained a sketch of the apostle’s head, but the sheet with the head has been separated from it. Overall, Dürer made 18 sketches for the altarpiece.[2] The first public recognition of the artwork was in 1871 when it was exhibited in Vienna, and the image is thought probably to depict Dürer’s own hands

Morning Affirmations For The Week