A blog with a difference today As we listen to Lt Col Ray Steadman Allen talks about ‘The Triumph of Peace’ written by Eric Ball for Brass Bands.

Peace in our time, O Lord,
To all the peoples – peace!
Peace surely based upon Thy will
And built in righteousness.
Thy power alone can break
The fetters that enchain
The sorely stricken soul of life
And make it live again.

Too long mistrust and fear
Have held our souls in thrall;
Sweep through the earth, keen Breath of Heav’n
And sound a nobler call!
Come, as Thou didst of old,
In love so great that men
Shall cast aside all other gods
And turn to Thee again.

Peace in our time, O Lord,
To all the peoples – peace!
Peace that shall build a glad new world,
And make for life’s increase.
O living Christ, Who still
Dost all our burdens share,
Come now and dwell within the hearts
Of all men everywhere.

Doing Good to All

6 Brothers and sisters, if someone is caught in a sin, you who live by the Spirit should restore that person gently. But watch yourselves, or you also may be tempted. 2 Carry each other’s burdens, and in this way you will fulfill the law of Christ. 3 If anyone thinks they are something when they are not, they deceive themselves. 4 Each one should test their own actions. Then they can take pride in themselves alone, without comparing themselves to someone else, 5 for each one should carry their own load. 6 Nevertheless, the one who receives instruction in the word should share all good things with their instructor.

7 Do not be deceived: God cannot be mocked. A man reaps what he sows. 8 Whoever sows to please their flesh, from the flesh will reap destruction; whoever sows to please the Spirit, from the Spirit will reap eternal life. 9 Let us not become weary in doing good, for at the proper time we will reap a harvest if we do not give up. 10 Therefore, as we have opportunity, let us do good to all people, especially to those who belong to the family of believers.

Andrew Mair a Salvationist and composer of music with The Salvation Army composed the following tune to the hymn/song “Just where he needs me”. He speaks a little about his musical background and the Salvationist musicians/composers that inspired him.

The Father Revealed in the Son

25 At that time Jesus said, “I praise you, Father, Lord of heaven and earth, because you have hidden these things from the wise and learned, and revealed them to little children. 26 Yes, Father, for this is what you were pleased to do.

27 “All things have been committed to me by my Father. No one knows the Son except the Father, and no one knows the Father except the Son and those to whom the Son chooses to reveal him.
28 “Come to me, all you who are weary and burdened, and I will give you rest. 29 Take my yoke upon you and learn from me, for I am gentle and humble in heart, and you will find rest for your souls. 30 For my yoke is easy and my burden is light.”

Every now and then we need a break from our daily routine, ‘A holiday’ time to get away from things and rest. It does our bodies good to have physical and our brains mental rest.

I the scripture above Jesus tells us If we have any worries or burdens to come to him and rest our souls and he will lighten our burdens.

In 1907, Cox moved from England to Canada. In 1908 he joined the Methodist church but soon converted to the Salvation Army, where he worked from the years 1909 until 1944, eventually becoming a Major. After he left the Salvation Army he devoted his focus to evangelical revival work. Over the course of his life, Cox has authored or composed approximately 400 songs.

One of these songs was The Pathway of Duty.

The Narrow and Wide Gates

You did not choose me, but I chose you and appointed you so that you might go and bear fruit—fruit that will last—and so that whatever you ask in my name the Father will give you.

One of my favourite songs of all time has got to be ‘Just where He needs me’  written by Miriam M. Richards. These are wonderful words to an equally wonderful tune.

You notice that in each verse especially the last one (my favourite) that’s where the Lord placed them.

3.
What can I do to justify my living?
What can I be to worthwhile?
I’ll be a voice to call men to the Saviour,
Just where I am, and win my Father’s smile.

25 “Therefore I tell you, do not worry about your life, what you will eat or drink; or about your body, what you will wear. Is not life more than food, and the body more than clothes? 26 Look at the birds of the air; they do not sow or reap or store away in barns, and yet your heavenly Father feeds them. Are you not much more valuable than they? 27 Can any one of you by worrying add a single hour to your life[e]?

28 “And why do you worry about clothes? See how the flowers of the field grow. They do not labour or spin. 29 Yet I tell you that not even Solomon in all his splendor was dressed like one of these. 30 If that is how God clothes the grass of the field, which is here today and tomorrow is thrown into the fire, will he not much more clothe you—you of little faith? 31 So do not worry, saying, ‘What shall we eat?’ or ‘What shall we drink?’ or ‘What shall we wear?’ 32 For the pagans run after all these things, and your heavenly Father knows that you need them. 33 But seek first his kingdom and his righteousness, and all these things will be given to you as well. 34 Therefore do not worry about tomorrow, for tomorrow will worry about itself. Each day has enough trouble of its own.

The above passage has got to be one of the most well known passages on Worry in the Bible. So much so I recall using it in a blog about a week ago called ‘No Worries’

While Jesus tells both you and I not to worry I must admit this is a very hard thing to do sometimes.

Granted some of us worry more than others and our partners or friends may use the phrase ” I don’t know what your worrying about” I’ve said it myself. 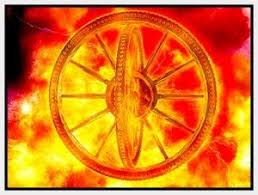