16 Do you not know that you[a] are God’s temple and that God’s Spirit dwells in you? 17 If anyone destroys God’s temple, God will destroy him. For God’s temple is holy, and you are that temple.

18 So why fool yourself and live under an illusion?[l] Make no mistake about it, if anyone thinks he is wise by the world’s standards, he will be made wiser by being a fool for God![m] 19 For what the world says is wisdom is actually foolishness in God’s eyes. As it is written:

The cleverness of the know-it-alls
becomes the trap[n] that ensnares them.

The Lord sees right through
the clever reasonings of the wise
and knows that it’s all a sham.[o]

21 So don’t be proud of your allegiance to any human leader. For actually, you already have everything! It has all been given for your benefit, 22 whether it is Paul or Apollos or Peter the Rock,[p] or whether it’s the world[q] or life or death,[r] or whether it’s the present or the future—everything belongs to you! 23 And now you are joined to the Messiah, who is joined to God.

COME, Saviour Jesus, from above,
Assist me with thy heavenly grace;
Empty my heart of earthly love,
And for thyself prepare the place.

2 O let thy sacred presence fill
And set my longing spirit free,
Which wants to have no other will,
But day and night to feast on thee!

3 Henceforth may no profane delight
Divide this consecrated soul;
Possess it thou, who hast the right,
As Lord and Master of the whole.

4 Wealth, honour, pleasure, and what else
This short-enduring world can give,
Tempt as ye will, my soul repels;
To Christ alone resolved to live.

5 Nothing on earth do I desire
But thy pure love within my breast;
This, only this, do I require,
And freely give up all the rest.

1 Paul, an apostle of Christ Jesus by the will of God,

To God’s holy people in Ephesus,[a] the faithful in Christ Jesus:

2 Grace and peace to you from God our Father and the Lord Jesus Christ.

Praise for Spiritual Blessings in Christ

3 Praise be to the God and Father of our Lord Jesus Christ, who has blessed us in the heavenly realms with every spiritual blessing in Christ.4 For he chose us in him before the creation of the world to be holy and blameless in his sight. In love 5 he[b] predestined us for adoption to son-ship[c] through Jesus Christ, in accordance with his pleasure and will— 6 to the praise of his glorious grace, which he has freely given us in the One he loves. 7 In him we have redemption through his blood, the forgiveness of sins, in accordance with the riches of God’s grace 8 that he lavished on us. With all wisdom and understanding, 9 he[d] made known to us the mystery of his will according to his good pleasure, which he purposed in Christ, 10 to be put into effect when the times reach their fulfilment—to bring unity to all things in heaven and on earth under Christ.

Yes once again you found me surfing You Tube where I came across this video of a song written by Sydney E Cox.

12 Therefore, I urge you, brothers and sisters, in view of God’s mercy, to offer your bodies as a living sacrifice, holy and pleasing to God—this is your true and proper worship.

12 Therefore, I urge you, brothers and sisters, in view of God’s mercy, to offer your bodies as a living sacrifice, holy and pleasing to God – this is your true and proper worship. 2 Do not conform to the pattern of this world, but be transformed by the renewing of your mind. Then you will be able to test and approve what God’s will is – his good, pleasing and perfect will. 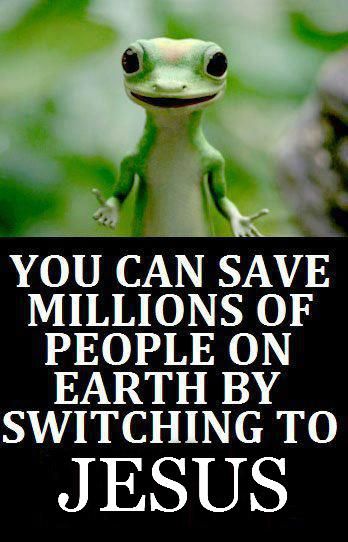 There is only one way I can think of, of dedicating our love to others and that is by letting it ‘Shine through Christ’

Be Holy
13 Therefore, with minds that are alert and fully sober, set your hope on the grace to be brought to you when Jesus Christ is revealed at his coming. 14 As obedient children, do not conform to the evil desires you had when you lived in ignorance. 15 But just as he who called you is holy, so be holy in all you do; 16 for it is written: “Be holy, because I am holy.”

Take time to be holy

Take time to be holy, speak oft with thy Lord;
Abide in him always, and feed on his word;
Make friends of God’s children; help those who are weak;
Forgetting in nothing his blessing to seek.

Take time to be holy, the world rushes on;
Spend much time in secret with Jesus alone;
By looking to Jesus, like him thou shalt be;
Thy friends in thy conduct his likeness shall see.

Take time to be holy, let him be thy guide,
And run not before him whatever betide;
In joy or in sorrow still follow thy Lord,
And, looking to Jesus, still trust in his word.

Take time to be holy, be calm in thy soul;
Each thought and each motive beneath his control;
Thus led by his Spirit to fountains of love,
Thou soon shalt be fitted for service above.

We all have to ‘Take time to be Holy’ and spend time with our Lord preferably when we get a quiet moment (which can rare for most of us these days).

We all have our own time and way of doing our devotions and personally I have found that when doing my blog is my time of devotion.

11 Therefore, take care to follow the commands, decrees and laws I give you today.

12 If you pay attention to these laws and are careful to follow them, then the Lord your God will keep his covenant of love with you, as he swore to your ancestors. 13 He will love you and bless you and increase your numbers. He will bless the fruit of your womb, the crops of your land—your grain, new wine and olive oil—the calves of your herds and the lambs of your flocks in the land he swore to your ancestors to give you.14 You will be blessed more than any other people; none of your men or women will be childless, nor will any of your livestock be without young.15 The Lord will keep you free from every disease. He will not inflict on you the horrible diseases you knew in Egypt, but he will inflict them on all who hate you. 16 You must destroy all the peoples the Lord your God gives over to you. Do not look on them with pity and do not serve their gods, for that will be a snare to you.

Once again as in so many other parts of the bible we are advised to follow God’s commandments and we are assured of God’s love as mentioned in verse 13.


2.
God’s love to me is wonderful!
My very steps are planned;
When mists of doubt encompass me,
I hold my Father’s hand.
His love has banished every fear,
In freedom I rejoice,
And with my quickened ears I hear
The music of his voice.

3.
God’s love to me is wonderful!
He lights the darkest way;
I now enjoy his fellowship,
‘Twill last through endless day.
My Father doth not ask that I
Great gifts on him bestow,
But only that I love him too,
And serve him here below.

13 Therefore, with minds that are alert and fully sober, set your hope on the grace to be brought to you when Jesus Christ is revealed at his coming. 14 As obedient children, do not conform to the evil desires you had when you lived in ignorance. 15 But just as he who called you is holy, so be holy in all you do; 16 for it is written: ‘Be holy, because I am holy.’[a]

This beloved devotional hymn comes to us from British layman William Dunn Longstaff (1822-1894). Since his father was a wealthy ship owner, Longstaff was a person of independent financial means. Due to his generous philanthropy, he was influential in evangelical circles. The Rev. Carlton Young, editor of The United Methodist Hymnal, notes that he followed his friend and persuasive Welsh preacher Arthur A. Rees when he left the Anglican priesthood in 1842 after disagreements with his rector and bishop. As a result, Rees established the Bethesda Free Chapel in Sunderland, where Longstaff served as his church treasurer. He married Joyce Burlinson in 1853 and together they had seven children.

Longstaff befriended a number of well-known evangelists such as William Booth (1829-1912), founder of the Salvation Army. Some of Longstaff’s hymns were published in the official magazine of the Salvation Army magazine, The War Cry, during the 1880s. In 1873 the famous American preacher Dwight L. Moody (1837-1899) and his chief musician Ira D. Sankey (1840-1908) arrived in England to hold a series of evangelistic meetings. The financial sponsor for their revivals died, leaving them with meager means to continue. They were desperately seeking funds, and Longstaff came to their rescue, helping to establish a donor base that allowed Moody to hold revivals in London and Scotland.

Methodist hymnologist Robert Guy McCutchan notes that Longstaff was inspired by the words of Griffith John, a missionary to China, repeated in a meeting in Keswick, England in the early 1880s. John cited I Peter 1:16, “Be ye holy; for I am holy” (KJV), a reference to Leviticus 11:44. The hymn text appeared in Hymns of Consecration, the collection of hymns used during the Keswick event.

Longstaff showed the hymn to Ira Sankey, who in turn passed it on to American songwriter George C. Stebbins (1846-1945) to set in 1882. Stebbins laid it aside and did not recall it until an evangelistic meeting in India, during which the theme of holiness was explored. Stebbins recalled Longstaff’s hymn and set it to music for the revival. He sent his tune HOLINESS to Sankey, who published the hymn in New Songs and Sacred Solos (1888).

Each of the four stanzas begins with the invitation, “Take time to be holy.” The first stanza begins with a devotional request, “speak oft with thy Lord.” The invitation to holiness extends to care for “God’s children” and “those who are weak,” echoing the twin commandments, Matthew 22:36-40, to love God and neighbor.

The second stanza seeks to be alone with Jesus while “the world rushes on.” Through time with Jesus, “like him we shall be,” and, as a result, others will witness this “likeness.” In Methodist theology, this might be seen as a journey toward Christian perfection.

In stanza three, Jesus becomes the “guide” that we follow and trust. The final stanza suggests that when we “Take time to be holy,” our souls become calm. This calmness leads to Jesus’ control in our lives. Control manifests itself in “fountains of love.” This love in turn “fit[s us] for service above.”

Carlton Young distinguishes between Longstaff’s use of holiness and the Wesleyan understanding of personal holiness that demands a “radical change of heart and the resulting release from the bonds of sin as embodied in the Wesleyan precepts of entire sanctification, perfecting grace, perfect love, and Christian perfection.” To illustrate the transforming nature of holiness, the Rev. Young cites a section of the opening stanza of Charles Wesley’s hymn, “Love divine, all loves excelling”:

Take away our bent to sinning;
Alpha and Omega be;
end of faith as its beginning,
set our hearts at liberty.

In addition, Longstaff’s sense of devotional holiness also does not embrace a Wesleyan sense of social justice. This hymn has appeared in Methodist hymnals in the United States since 1901, reflecting the evangelical roots of Methodism in this country

It’s Been A While

Hope in the Darkness